The first stop of the day was the Rotary Dolls Museum. The concept was developed in 2001 when Rotarian Deepak Agrawal (current District 3060 Governor) reached out to Rotary Clubs around the world with a request for an ethnic doll reflecting some unique feature, culture or tradition of the place. The museum was constructed in 2004 and now houses over 1600 dolls from over 102 countries around the world. More details about this project can be found at http://www.rotary3060dolls.org/.

Our second stop of the morning was the Rotary Midtown Senior Citizens Park. The park serves as a gathering spot for senior citizens in the area that want to avoid the hustle and bustle of city streets and enjoy a multitude of activities at any time of the day. 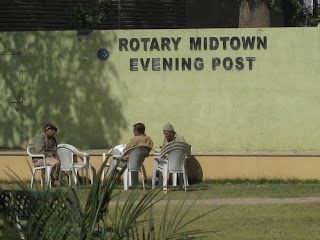 Our last stop before lunch was to the Rajkot Midtown Library, an english language library that provides internet access and over 20,000 books, magazines, periodicals, cds and dvds. There are many Gujarati libraries in the area so the contribution of an English language library serves a very special purpose. The team had a great time mingling with the staff and browsing through the library's catalog.


After lunch at Thakkar Restaurant, we met up with members of the Rotary Club of Rajkot. We relaxed at the home of Club President Pramay Chattra before heading out to view a park project that is currently in the works. We ended the night by attending a dinner at the beautiful Krirasara Palace. ( http://www.khirasarapalace.in) 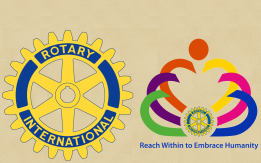